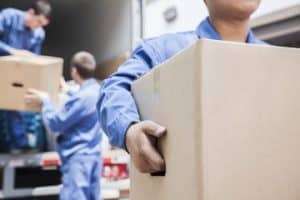 Are you planning on a long distance move in the near future? Are you nervous about how you will get your belongings safely to your destination? If so, consider a long distance moving company in West Chester, PA, such as Suburban Solutions. For years we have been helping individuals, families, and companies move in and out of their residence or building with ease. Rather than feeling worried about things like packing, loading, moving, and unloading, consider one of the best long distance moving companies Philadelphia, PA has to offer, such as Suburban Solutions.

Whether you’re moving from one state to another or just a few miles away, making a move can be a complicated process. Many consumers are quickly overwhelmed by all the moving pieces, including terminologies and documents that are unfamiliar. One of the most frequently mentioned documents is a bill of lading. Keep reading to learn more about what a bill of lading is, who it affects, and why you need one to ensure a smooth move.

What is a Bill of Lading Exactly?

The easiest way to think of a bill of lading is as a contract between the owner of the goods and a carrier moving those goods. The bill of lading will act as a receipt, but it also declares what you’re having moved and where it’s coming from and going to.  There are a few different types of bills of lading defined by transportation type. They generally fit into one of the following categories:

When goods are shipped in a plane, an air way bill is involved. This is a type of bill of lading that covers domestic and international flights of cargo. Such a document is relevant for commercial shippers but can also apply to a household being moved overseas.

A way bill is a  document that identifies who is shipping goods, who is receiving them and details like where things are going. It goes into detail describing the goods being shipped as well. There are several different types of way bills, but the most important thing to know about any of them is that they are not legal contracts. A way bill instead provides key details should there be any dispute about a shipment.

If it all sounds confusing, you’ll be glad to know that bill of lading details are handled by your  long distance moving company in West Chester, PA. What matters most is knowing that the bill of lading has the power of a contract and provides proof that the parties involved in a move have all done what they were contracted to do. Be sure to keep it handy until your move is complete, and you won’t regret it.

If you’re ready to get started with planning and preparing your move, and would like a quote on what a  long distance moving company in West Chester, PA will cost you, call Suburban Solutions now.

Sign up today to receive our free moving guide to help out with your next move!

This information will never be shared with a 3rd party.